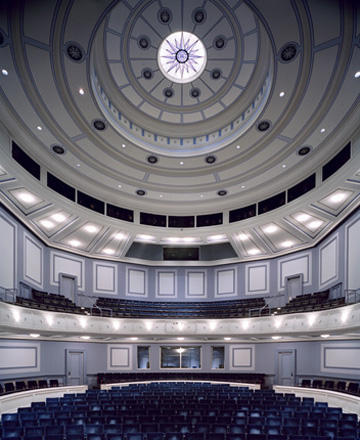 In late 2006, we were contacted by Linbeck Group of Houston, TX.  After interviewing and submitting pre-qualification forms, Kneisley was chosen as paint contractor for the new The Chapman Cultural Center in downtown Spartanburg.   This was a three phase project consisting of the East Wing, West Wing, and Theater.  It took three men a total of six weeks to hand paint the geometrical patterns in the theater ceiling.